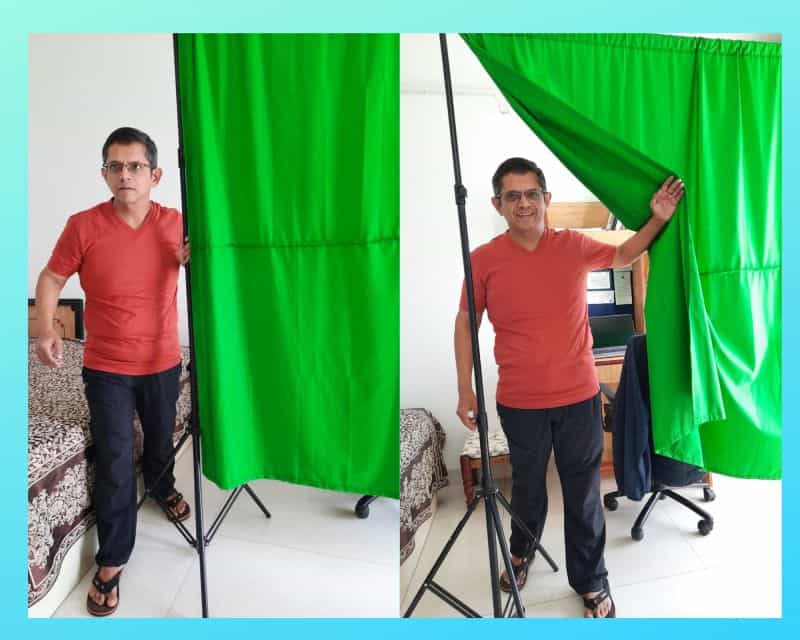 Have you read the story of Isaac Newton and the kittens?

Newton cut a small hole in his door for his cat to go in and out as it pleased. Later the cat had a litter of three kittens, so Newton cut three more holes in the door, so they could all go in and out freely.

I recently had a “Newton” moment. I have set up a background screen behind my desk for zoom calls background. It’s been 6 months now. To step out to the other side, I used to move from the side of the screen stand carefully. I had to be watchful not to step on the stand to avoid toppling or tripping. Sometimes I had a cup, phone or book or something else in my hand, so it was like a tightrope walk.

Last week, my wife stepped into my home office to have a quick chat and she just pulled the green screen aside and started talking. That moment I just realized that I can just move the green screen (cloth) and step out easily. I don’t need to twist and turn anymore. That was a big “LIGHT BULB” moment!

I shared my newfound “wisdom” to my wife and son, and we all laughed so much!

I was embarrassed and it just reminded of the Newton & the kitten story. I consoled myself saying that “Hey, at least you have something common with the great Newton.”

What was your “light bulb” moment recently?